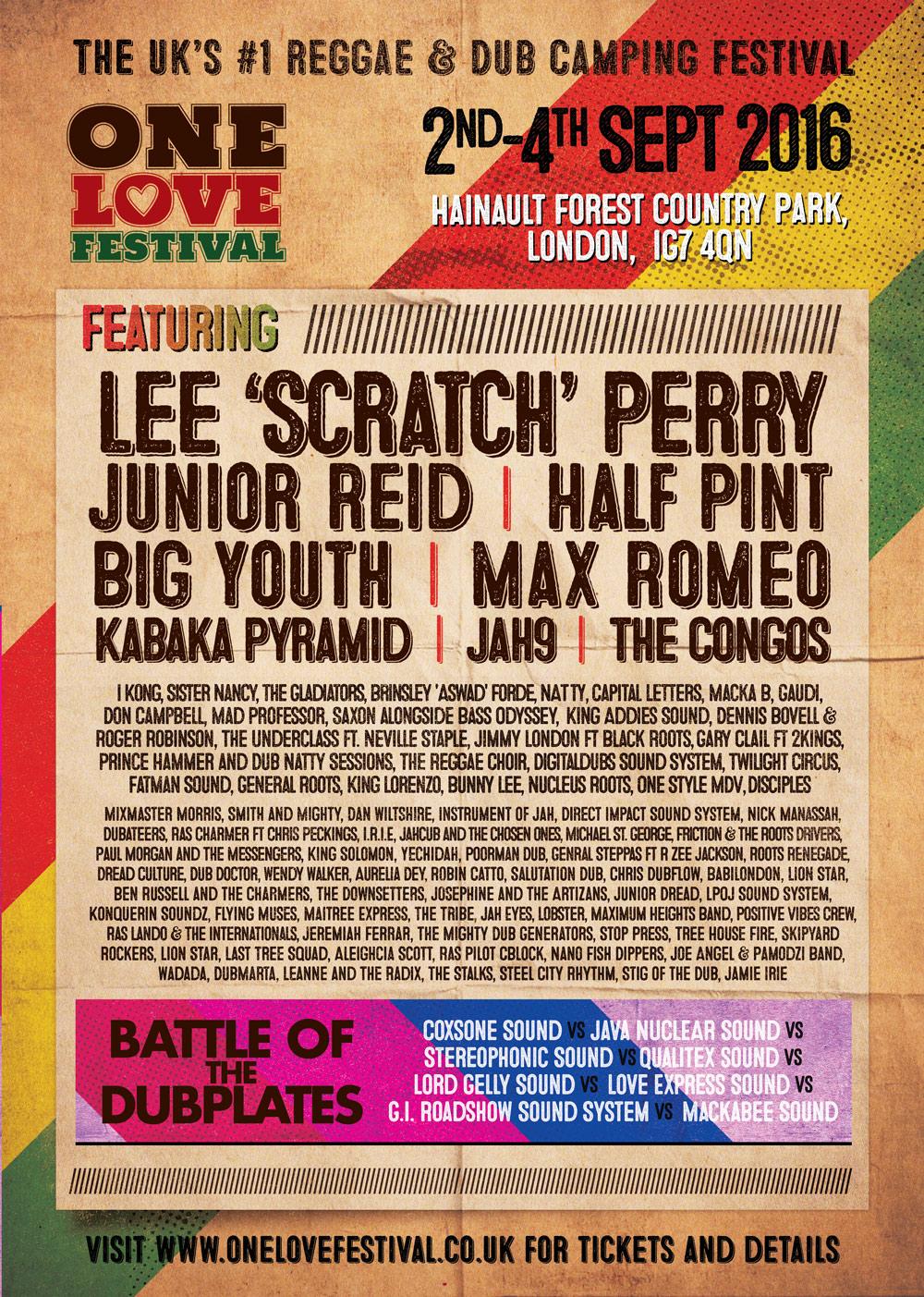 JUNIOR REID. Unstoppable force in Reggae and Hip Hop scene on both sides of the Atlantic, will take to the stage to co-headline an evening of heavy bass lines and reggae anthems.

Catalysts for an entire generation and genre, DJ kingpin BIG YOUTH have sound tracked the history of reggae and won fans around the globe. His catalogue of unmistakable anthems laid the blueprint for a genre of his own, standing the Reggae Star as one of the most influential acts of the 21st century.

Dan Wiltshire, commented: “This year really is a big one for One Love Festival. Seven headliners across three days – it’s a first for us and the UK Reggae scene. I’m always looking to give One Love Festival fans something new and this year isn’t going to disappoint.  The mighty Lee ‘Scratch’ Perry, Junior Reid, Big Youth, Half Pint, Kabaka Pyramid and Jah9 are going to be incredible.”  They join an unparalleled line up of headliners for One Love Festival 2016, With 7 Headliners over 3 Days, On top of these sensational headliners, a raft of new names have been confirmed to appear across the weekend.

The New School Roots Revolution Kabaka Pyramid and Jah9 have taken the world by storm over the past 3 years, with critically-acclaimed studio albums and captivating live presence.